The old adage "Be careful what you wish for" is true in politics as it is in real life.

The Tea Party has converted itself from a grassroots organization to protest government policies into a leviathan giant-killer. Their plan, apparently, is to force primary challenges to Republicans who are considered to not be conservative enough and knock them from office. They've been successful twice so far: long-time senator Bob Bennett from Utah was ousted over the weekend in favor of their own candidate. And Charlie Crist in Florida opted to run as an independent, since he was trailing the Tea Party's favored candidate by wide margins. Their eyes are everywhere else, supporting Ron Paul's son in Kentucky and Pat Toomey's race in Pennsylvania. They've even targeted Arizona, with famously moderate (despite all the crank during the election) John McCain being alarmingly threatened by a Tea Party candidate. Take note: he was the candidate of the GOP last election, and he may lose his seat.

Now, primary challenges and anti-incumbent fever are hardly new, and hardly the sole provenance of the Tea Party. This sort of thing happens quite a bit. However, they are 1) usually not very successful and 2) usually not very organized. Both of those qualifications, so far don't seem to be taking hold.

Of course, the Tea Party is driving the Republicans nuts. Not only are they knocking off their veterans, but they are making it far more difficult to win in November. Cranky, inexperienced reactionaries may fly in Oklahoma or Georgia, but they're not going to win in Pennsylvania or Wisconsin. By making the candidates far to the right, they're making it hard to run against, say, a Democratic moderate. And this anti-Washington fever could easily erode in six months, leaving the GOP with a bunch of goldbugs, birthers, and Birchers.

It's hard to blame the Republicans too much for this--by most accounts, they've had very little to do with all this.Certainly, they sympathize with the movement, and want to harness the Tea Party anger into electoral success. The GOP gladly encouraged the Tea Party when it began, because it helped galvanize the electorate against corporate bailouts and health care. But they've always known that calling Barack Obama by his middle name and kicking all the forners out of Amurica is bad policy. And they certainly don't like what is happening to their candidates. And the Tea Party is pretty much defined as an anti-establishment movement, which includes both Democrats and Republicans, though both the GOP and the Tea Party sympathize with each other. However, this last point was probably the GOP's undoing--they assumed it would simply be the angry, vocal manifestation of the GOP they could ally with, and so encouraged it; but now, the motives are quite different. Despite the Republican Party's agenda, their job first and foremost is to win elections.

On the other hand, the Tea Party's influence may be exaggerated. In a lot of the cases listed above, there are other factors involved. Crist was twenty points behind the Tea Party candidate; that scale of suck is above and beyond a simple upstart challenger. In Utah, one of the most conservative states in the union, the candidates are chosen by delegates, not by voters, and everyone knows that the chance of a Democrat winning the seat this year is practically zero, so why not just go with the most conservative candidate they can find? In Pennsylvania, the Republican candidate will most likely be going up against Arlen Specter, who switched parties since his last election, so the ideological battle is quite different there. And Kentucky is an open seat.

And a lot of primaries have yet to be decided; it's possible that the Tea Party leadership will realize they may be contributing to electoral defeat; while they certainly can't stop running candidates, they can change their strategy. However, I doubt it. This organization is more interested in lobbing cheap but entertaining shots at liberals and flexing their ideological purity than actually running the government. Someone needs to tell them there's already a job position available for that that doesn't include the Senate. 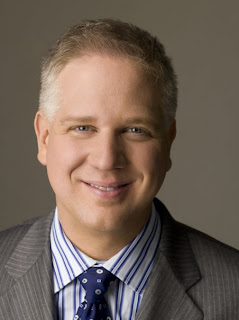 Hi
Posted by Crank Crank Revolution at 7:03 AM