In case anyone wasn't paying attention, there were actually two bomb scares on Sunday: the one in Times Square, and the one on 11th Street between Liberty and Penn avenues in Pittsburgh, right on the route of the Pittsburgh Marathon.

Basically, the bomb squad was called out to investigate what a passerby claimed was a pipe bomb but what ended up being a microwave with ravioli in it.

Now, it's hard to become too terribly judgmental about this fiasco; after all, there was just a bomb scare in New York, and Pittsburgh had just been wracked with a series of disasters about two weeks ago. It was also during one of the few times that Pittsburghers gather en masse that doesn't involve erecting a statue of Franco Harris.

One has to wonder, exactly, how a microwave with food still in it managed to get on the street in the first place. There are two theories: one involves the Taliban, and one involves some chick telling her deadbeat boyfriend to go take the microwave for a walk. 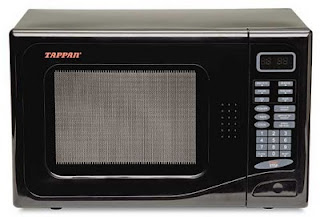 Be on the lookout for Al Queda's top commander: Al-Sadr Boy-Ar-Dee
It all ended up being OK, and at the very least we got to see the bomb squad robot try and set the clock with disastrously humorous results ("I said PM. PM!") But we shouldn't rest easy--I've heard rumors that Pakistan has developed the toaster oven.
Posted by Crank Crank Revolution at 9:56 PM