Jonathan Coulton is the Awesome

About two years ago my brother tried to turn me on to a fellow by the name of Jonathan Coulton. I gave this interloper a full five seconds of thought and dismissed him as a charlatan and a johnny-come-lately. I have no idea, but he just didn't register with me. Screw you, guitar-playing computer nerd. I have no time for the likes of you. Signed, geocaching board-game-playing nerd.
Fast forward to two weeks ago, when I finally got around to installing Pandora on my Droid. (Good thing, too, since about a week later my MP3 player shit the bed. And the remainder of my songs are on a desktop I have mothballed in the attic, so it will be a while before I get to listen to "Take It To The Limit" by the Eagles which for some I sure is a feature, not a bug.)

For those who don't know, Pandora is a music service that sort of acts like your own personal radio. You type in the name of a song, artist, or album, and Pandora will try to create a station featuring songs like whatever you input. For example, if you type in Elton John, you get a lot of Billy Joel and soft late 70's rock. If you type in the Beatles, it will play a bunch of other overrated washed-up classic rock stars. If you type in Ke$ha, actual poop will come out of your phone. 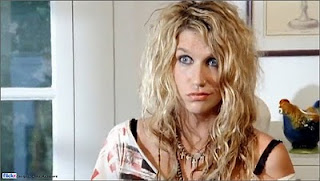 Hold the phone, hoss, I think I can find some gold in that if I dig far enough.
So because I am a hopeless geek my first choice of Pandorafication was to create a They Might Be Giants channel. While rockin' it out to the best of Flood, this fellow by the name of Jonathon Coulton kept popping up. At first I skipped the songs, but I forgot once and actually listened, and I got hooked.
Why I didn't listen to my brother in the first place, I don't know. This guy is awesome.
He's pretty much the personification of Geek Rock--one of his signature songs is "Code Monkey" for crying out loud--and yet I think he's highly accessible. He's not singing goofy songs about the Star Wars cantina or making Battlestar Galactica jokes where you have to know what color of uniform the Cylons wear to know when to laugh. They certainly have, um, unique subjects and very few are topical, but they're all fairly general, about computers, space, zombies, and giant squids. (You really have to listen. It makes more sense.) And he's not solely a gimmick artist, like playing an accordion version of "Bad Romance," though he has fun with a few of those types of things.
The thing is, the guy is a hell of a musician. He would be beyond passable if he hadn't found this niche of his. The important thing is the guy is having a blast doing this. He treats this as doing something fun, not work--he's released his songs under the Creative Commons license, and he once ran an experiment where he forced himself to perform one song a week for a year.
I wanted to buy some of his product, but I wasn't sure exactly what to get, and the half dozen songs or so of his were good, but I didn't know if a full album would be a good thing. I settled on getting a DVD/CD set of a live performance called "Best. Concert. Ever," which I would assume had his best stuff. I hesitated, though, because the thing was twenty bucks, and I don't spend that on basic medical care each year. I watched it tonight, and let me tell you, it most certainly lives up to its title. And, quite surprising to me, my wife loved it too.
So I have to give him quite a bit of credit. He's not for everyone--some people just won't find his style of humor all that interesting, and while the music is first rate it doesn't really fit a specific genre. He also hasn't released a significant amount lately. But I'll tell you one thing--I haven't had this much fun listening to a musician for quite some time. 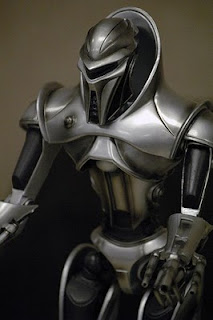 Also, I would so pay good money to hear an accordion rendition of Bad Romance. Signed, not a Cylon.
Posted by Crank Crank Revolution at 8:55 PM