As most of you can tell by this point, I'm a relatively opinionated person, whether it be about the Middle East Peace Process or the quality of Mario Galaxy 2. But there are a few issues that I have no way of forming an appropriate opinion and be intellectually honest at the same time. Occasionally I sort these things out in my head--or, more likely, the issue changes enough that the correct answer becomes ideologically consistent with my own beliefs. But some of them just stay unresolved, nagging for an internal Talmudic resolution of some sort.

One of those issues is, of all things, historical preservation.

This is one of those issues that kind of pops up every few years, everyone has a huge rancorous debate about it, nothing is really resolved, and then it dies down, awaiting to be brought up again. Currently, it's happening in Spotsylvania. The biggest brouhaha I can remember is when Disney wanted to build a historically-themed park somewhere in Virginia, and opposition from locals forced one of the companies in the Dow Jones Industrial Average to scrap their expansion plans and instead found other more lucrative ways to distort American history for monetary gain. 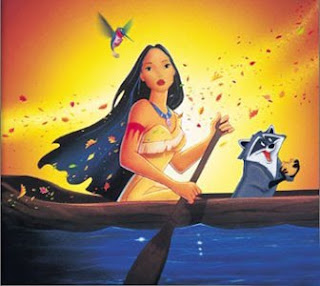 After winning the War of French Guiana, Pocahontas founded General Motors, discovered Russia, and married a raccoon.
The historical traditionalist in me wants to make sure that our nation's heritage is preserved appropriately. For the most part, once a historical location is ceded to commercial or residential interests, it's gone forever. The best concession is a small brass plaque that brings down property values and makes you do double paperwork if you ever want to install satellite television.

There's no turning back. Once a bloody civil war battlefield is converted into a KFC, there's no way to magic back the pristine conditions that evoke necessary memories of our triumphs and mistakes. And so I'm sympathetic to those who want to hold fast and stop money from spoiling our history. 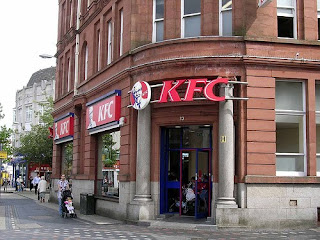 Most historians agree that men fought and died for both the Union and the grilled Double Down with extra cheese.
On the other hand, I'm fully aware that it's impossible to preserve everything. Most of New England, Virginia, Maryland, and eastern Pennsylvania would have to be cordoned off if we preserve everything of note. And what, exactly, qualifies as historically significant? Most of the inroads that commercial entities have made are at the expense of land that can be proven to be marginal--presumably where the guys who made coffee and medics who diagnosed the clap set up camp. 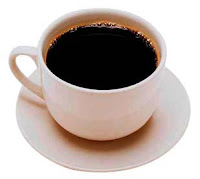 And, of course, not everyone is in it for the righteous reason of history; most people use it as an excuse to keep property values stable and keep big box retailers out of their communities. I'm much less sympathetic to this, of course, and there are plenty of examples. In the mid-Atlantic region you can hardly throw a stone without hitting some Indian skirmish or Revolutionary battle, and so any mom and pop can file a petition claiming that the Battle of Chief Smokum is the most pivotal important moment of our history and therefore Wal-Mart can't put us out of business and we can keep selling furnace filters for twelve dollars apiece.


And so I'm not sure which way to go on it. I know it's not realistic to expect all battlefields and houses to be preserved for eternity, especially since the definition of what is important can vary so much depending on who is making the decisions; on the other hand, setting up Kwik Fills and Dunkin Donuts where pivotal moments of our collective history was forged with blood just rubs me the wrong way.

The Pledge: This is one of those times in which I'm willing to let money, rhetoric, sentimentality, power, intellect, and greed just sort of slosh around for a while on both sides and see what result pops up and be happy with it.

But a part of me still thinks we'll all be riding a roller coaster called the Gettysburg Express.
Posted by Crank Crank Revolution at 9:23 PM