T.J. and the Burr

Did we almost fall under the clutches of a fascist dictatorship under the jackbooted heel of Kommandant Bush? Are we tumbling aimlessly towards a godless communist state under Comrade Obama? Most of us would take such statements as needless hyperbole, and they are. But--to be fair--this is nothing new.

I just finished reading A Magnificent Catastrophe by Edward Larson, which details the presidential election of 1800. The book itself is an interesting if a standard retelling of that election, which forged many of our post-Revolution personalities and exposed some of the flaws of the electoral system designed by the creators of the Constitution. It also deals a lot with the electoral college, which, if you follow my blog, you know works as a natural aphrodisiac.

The one thing this book did was reinforce my opinion that, well, from a political civility standpoint, things aren't so bad at the moment.

We have this idealized notion that back in the day elections were carried out by enlightened philosophers debating political points like lawyers and statesmen. Which in some cases is true, but (believe it or not) is also true today. But the name-calling style-over-substance portents of doom electioneering tactics existed throughout our history, and I would argue it was even worse back then. 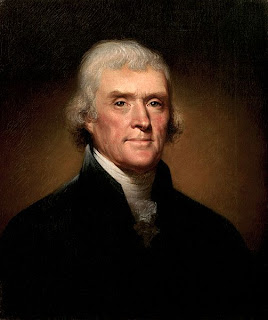 I am not going to let America be a vassal state of France, I'm not running around ripping Bibles out of the hands of widows, heck, I'm not even diddling the maid! Maids get paid.
The press, in particular, was quite hostile. The notion of having an independent press is reasonably new--up until about seventy years ago, newspapers were shamelessly partisan in their editorial as well as their standard reporting. Today's charges of media bias are tame compared to what was the norm back then.

Historians have also instilled this notion that presidential candidates refused to actually hit the campaign trail, since this was seen as self-serving and beneath the respect of the office. And yet here is Adams, taking a tour through the swing states and giving speeches.(True, this notion of being above the fray was the rule, not the exception, but it's not that it was a scandal.)

Of course, the role of Burr in this entire mess demonstrates that Politics As Usual existed back then when the country was nary two decades old. Burr more or less got the vice presidential slot because he delivered New York for the Republicans. And he more or less did this by scaring immigrants against Adams and strongarming the locals. In return, he got the vice presidency when he was only in his late 30's. He was the hard-nosed, scruffy, votes-at-all-costs politico we look at today and sneer. (Granted, it's not like Burr's reputation is suffering as this consequence--shooting ex-Treasury Secretaries tends to put a damper on your place in history.) 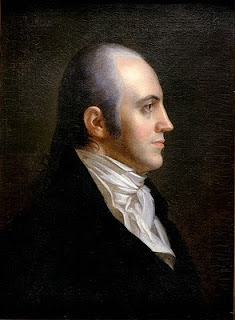 Vote for me or I will cut you open, bitch.

Even normalizing for the civil war--historians generally agree that many were the victim of name-calling during that terrible conflict--plenty of, shall we say, lapses in decorum occurred on a fairly regular basis. 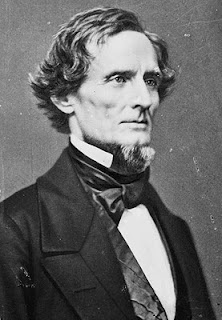 I
I hereby declare in my capacity in the presidency of the Confederate States of America that Abraham Lincoln is a big fat douchcake who eats his own poop.
Let's not forget--we have a president who was assassinated not for the cause of liberty or to save the soul of a nation, but because of civil service reform.
So while it is fine to lament the biases of Fox News or the intemperate statements made by Rahm Emanuel, just keep in mind that there was never any golden age of political civility. We've pretty much been a nation of assholes from day one.
Posted by Crank Crank Revolution at 11:29 AM