Are You Ready For Some FOOOOOTBAAALLLLLL!!!!!!!

Football season has begun, and that means a lot of things to a lot of people. For a lot of guys, it means spending between 17 and 21 weeks eating incredibly horrible but very tasty food while telling the kicker loudly through your television set that so help you if me misses this he's personally going to be making next month's mortgage payment if the team ends up not covering the spread.

I love football, but I was a latecomer to the game--I never really paid attention until after college. As a result, while I enjoy football and watching the games, I have absolutely no appreciation for the statistical history of players or long-abandoned rivalries. And outside of my division, I know very little about football. Heck--I know very little about football in general.

ROLL TIDE ROLL
I know enough to not embarrass myself in front of co-workers and distant relatives, and that's about it. That is particularly transparent when it comes to fantasy football, where I know like four quarterbacks and two wide receivers and the rest might as well be Nicaraguan soccer players. So come draft day I more or less take what I am randomly dealt and act outraged at any proposed trade because I assume everyone is trying to rip me off. 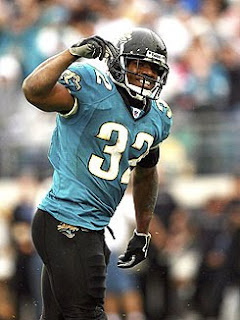 60th overall pick from over four years ago? No effing way! He must suck!
Football is by far the most-watched professional league in America, and with good reason. For the most part, the NFL has done a good job in keeping up with the changing dynamics in the sports industry. With a branded television station, integrated computer applications, tie-ins with products, and a media empire that rivals most standard stations, they also have the wherewithal to let the other sports get a crack at the consumer collar the other seven months of the year or, in Detroit, the other twelve months of the year. The NFL has adapted--unlike baseball, where the pennant goes to he highest bidder New York Yankees each year--so it doesn't become a dry, feeble shell of its former self in its previous glory days. 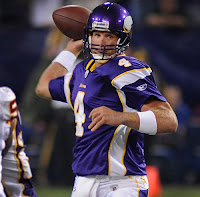 Go Packers!
Of course, football is not without its problems, especially concerning the players. Run-ins with the law, along with prima donna-ish behavior and the inevitable refereeing controversy, are usually expected each year and it's pretty much a given that someone, somewhere, is going to hit a hooker with a Camero while getting iced and transporting a pallet of HGH to their local STD clinic. Or worse. 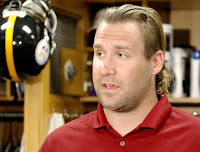 My only crime is loving rainbows too much. And apparently donuts.
There is also an impending lockout next year, which may mean an entire season without having your husband spend four hours every Sunday afternoon and Monday night and occasionally Thursday night and after a while closer to Christmas on Saturdays watching a one hour football game. Chances are something will be worked out, but to be honest I can't bring myself to pay too much attention to millionaires arguing with millionaires. If I wanted to do that, I would watch C-SPAN.
Because I am an unrepentant geek, I spend more of my time fantasizing about different ways to make the conference composition and league schedule more efficient rather than watching play action fakes and figuring out if the 3-4 defense is some incredibly complex idea that has taken decades to develop or if it's really just three dudes standing in front of four other dudes. As such, next week or shortly thereafter I will present to everyone my completely ridiculous but vaguely plausible master plan to expand the National Football League to 40 teams. It's so exciting it may want to make you want to move to [spoiler alert] Oklahoma City!*

Until then, there's an entire slate of new games coming this weekend for you to enjoy. And for those in Detroit, Cleveland, Kansas City, or Tampa Bay, I think there's a crafts fair or something after church.

*Not really. Unless you are an oilman, an industrial fertilizer distributor, or a cowboy, there is no valid reason for moving to Oklahoma.
Posted by Crank Crank Revolution at 6:34 AM