My wife is addicted to buffalo chicken salad. In the grand scheme of things, that's probably a good thing. But it got me to thinking about what I, myself, am addicted to.

Now, I'm going to define addiction in my own way, in that addiction is something where you want it more or less a few times a day with the occasional odd day off here and there but if you don't get it immediately when you want it you get very, very cross. Sure, that definitional probably isn't up to Dr. Drew's standards, but Dr. Drew is a publicity whore douchecake, so screw him.

Anyway, here's my current Addiction List, in no particular order: 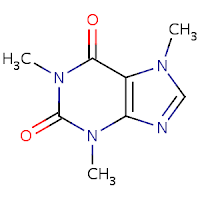 I am this diagram's bitch.
Every six months or so the news media likes to point out that something like 60 trillion Americans have a caffeine intake that is in excess of the recommended daily allowance, and every six months no one cares. The United States has gone out of its way to make sure everything fun is illegal, from lawn darts to Bumfights, so most Americans clutch their coffee mugs and cry out, "Please! At least let us have this!"
I fall into this category. I drink something like the equivalent of whatever the appropriate measure is in Afghanistan's MRE supply each day. To be honest, I don't even know why scientists try anymore. The government might as well just pop caffeine onto the top of that little food pyramid, above the tiny tree-like vegetables and right below Whoppers.
Fun Crank Crank Revolution Fact: I once stalked and killed a wild boar and sucked the marrow from its bones because I couldn't get my hands on the proper amount of caffeine.
Crossword Puzzles
I don't think I'm quite as addicted to crossword puzzles, except when I'm bored. Once boredom sinks in I actively hunt and seek out crossword puzzles. I'm a sucker for "gimmick" puzzles with strange rules and weird words. I don't know why, but I absolutely love making myself feel superior to a magazine that had some crossword-puzzle-algorithm program crank out eighty of the things each issue.

What's seven letters long and means "undiagnosed Asperger's tendencies"?
My problem is that I try very, very hard to not look up any of the answers, even when it is blatantly obvious I don't know what 1714 Spanish Opera El _____ is. So I get frustrated and make up letters, knowing full well no one will ever check. Then I feel dirty and have to take a Silkwood shower shower. It's a fine, creepy line between myself and a meth addict, I tell you.
Jonathan Coulton
I've already told you of the wonder of Jonathan Coulton, so I won't go into it here. Suffice it to say I'm still listening to his music. And probably once a day I will just be sitting there and then all of a sudden it's like I need to listen to Skullcrusher Mountain right now. Sure, this happens to a lot of people with a lot of songs, but I'll have to say I've more or less been doing this every day since mid-June. It's hard to find such perseverance when it comes to my unstable musical well-being. 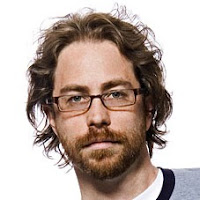 I have your subconscious, and soon I will have your soul. Which I will then convert into data and enter into a synthesizer to create a music bed for a song I will write about either frustrated lost love or net neutrality. I haven't decided which yet.
The Electoral College
OK, so this one is easy. Every two years, I get a bug up my butt about elections. It's less about my completely ridiculous political beliefs and more about my love of social and demographic change. Yeah, that sounds boring, but it's fascinating to me about why some regions vote for one party when the platforms more or less would say the opposite (I'm looking at you, New England). So during this election cycle, I'm constantly checking various web sites (mostly this site, which has solid data and awesome presentation with some good analysis alongside some head-scratching amateurish writing for good measure) and trying to determine exactly why it is that the Senate race in Wisconsin--a reasonably progressive left-leaning state--is going to vote against a popular Democratic incumbent (Russ Feingold, of McCain-Feingold game) for a no-name businessman that barely represents a majority of their beliefs. Likewise, two years ago solid-Red Indiana voted for Obama, a mystery I have yet to solve. This addiction will disappear shortly, only to crop up again when the 2012 race starts. Which will be the day after this election.
Getting All Worked Up About Controversial Issues That I Have No Standing To Talk About
This is more or less a constant state of affairs for me, so the less said the better.
Sure, I have other, shall we say, obsessions--Civilization V and board games and grilled chicken sandwiches and who knows what else I've forgotten--but right now if it's a day where I don't get a dose of the above items, I get quite agitated. Which, to be fair, isn't all that much different than normal for me.
Posted by Crank Crank Revolution at 9:42 PM