I never had a secret crush on Bambi. When Sleeping Beauty starts to sing, I'm all cool with the songbirds and beavers and otters tapping a mean beat with their flat tails, but once Doe-Eyed Dawn and Uncle Buck popped their ugly white tails in the frame I was all "Wind it down, bitch. The honeymoon's over." I could edumacate myself and watch Mutual of Omaha follow gazelles around and watch Giraffe-Cams all day long, but if I ever see a hint of stag or hart it's back to Jersey Shore for me.

Why, you may ask? Because in my lifetime I have hit no less than four deer with my car. No joke.

If there is anyone who is a legitimate authority on seeing a deer in the headlights, it is certainly me. 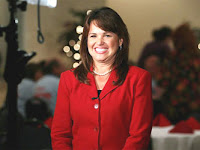 It's a joke! Please don't hex me.
I have seen the last thoughts flash in the eyes of a deer. It is not pretty and I have engaged in much soul-searching after seeing so many deer meet a bad end. Of course, my insurance agent also does a bit of soul-searching himself, but I suspect for much different reasons.

And of course, when I hit these deer, they aren't mere love taps or Excitebike-level speed bumps. These have all been hood-curling, meat-chunk-picking-out, limping the rest of the way home contacts. There is absolutely no way that there isn't a number put out on me in whatever the equivalent of the Deer Mafia is. 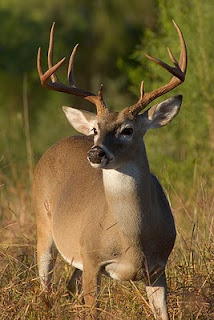 Your love is like bad venison. Bad venison is what I need.
So when I read this story that there have allegedly been multiple deer decapitations in my area I have to admit that a little man-tear formed at the corner of my eye.

I can't imagine why anyone would voluntarily chop the head off of a deer. What use would it be? Are you going to mount it on your wall and claim you shot it? Apparently people do prize the antlers. I'm not sure why. It's not like it's a rhino horn and you can grind it up and shoot it up your butt for an instant erection.* There are much better back scratchers out there that are less likely to give you Lyme disease. I also heard that there is a growing trend of creating furniture out of antlers, an idea so absurd I refuse to believe that it can't be true.

Regardless of what the end result is, I must applaud it. Certainly, it may be illegal, which I don't quite understand. My understanding is that you can't actually take roadkill--taking the meat is a gray area, but taking the head specifically is frowned upon. Maybe deer are like those remainder books where they have to tear off the covers and send them to the publisher. Maybe there's someone out there who periodically gets crates of deer heads delivered to their place of business so they can keep track of the inventory, and there's some flourishing black market for counterfeit deer head.

Anyway, legal or not, I think it sends a good message to all of the other deer out there. I'm convinced that deer are the reason that Darwin will never be proven correct. You would think about a few dozen generations, the jump-out-in-front-of-cars-and-get-slaughtered gene would slowly be winnowed out of the pool. And yet here we are with more stupid deer getting killed each year. Score one for Intelligent Design!

Maybe this decapitation thing will work as there world's most forthright PSA for deer that are on the edge of falling through the cracks of the Deer Justice System.

Deer decapitations are at an all time high.
Do you want to become a statistic?

Think before you run. You don't want to be caught...in the headlights.
Brought to you by Nationwide Insurance
Anyway, the point is: I hate deer.