Much has been made in the past few days about the "new" horoscope, and how a lot of people's signs have changed. The fact that a centuries-old belief has been upended has caused a lot of people consternation about constellations, and many people are being forced to re-examine their entire lives. Also, it's a bunch of fake nonsense.

Sagittarius: You are likely to believe in a load of stupid horseshit.
However, in my extensive researches I have conducted for the past fifteen, I have found a better method for determining your personality and guide your future: Who you root for in the NFL playoffs. So, as a public service to my readers, I present to you the new zodiac: The NFL-Playoff-O-Scope.
New England Patriots (AFC East, 1st seed)

You excel at everything that you do: you have a winning record, a stunning wife, and a book full of records it will take decades for other players to match. Thank goodness you didn't have to sacrifice all that much to get to where you are. Only a beautiful woman you knocked up, and then dumped, for a Brazilian model. And wrecking some car that a charity gave you. And you must be forced to wear a Justin Beiber haircut, because no one would do that voluntarily. Seriously, what kind of effed-up Faustian bargain was that? Remember, kids: apparently, victory comes at a price.
Green Bay Packers (NFC North, 6th seed) 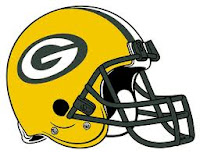 Despite being small and hampered by limited resources, your success comes from being efficient with those resources. More importantly, you shed those parts of your organization that are aging and inefficient, where perhaps they will go to a mediocre season with the Jets for a year and then spitefully go to the hated Vikings where they will embarrass themselves in one last, graying, dusty grasp towards the limelight which more or less ends poetically with them sending a cell phone picture of their old, tired penis to a female staff member. Not that you're bitter.
New York Jets (AFC East, 6th seed)

Funny how that happens. You live a charmed life. You have a brand new stadium and are selected to be featured on HBO's Hard Knocks. A player "accidentally" trips over the extended foot of one of your coaching staff members. Some hot "journalist" with painted-on jeans complains when testosterone-filled jocks mention this fact. Your coach--well, let's just say he doesn't play with both feet on the ground. In spite of all of this, you manage to scrape your way to the playoffs. Your perseverance is unparalleled. Nothing can stop you now. Except, you know, the team that routinely dashes your playoff hopes each year.
Seattle Seahawks (NFC West, 4th seed)

You are going to be that guy--you know, the one who sits by himself at the high school cafeteria, drawing maps for the next MechWarrior campaign that you and your imaginary friends are going to play this weekend. Sure, you're going to ace your AP classes, what with you doing all that studying during the Snowball Dance and the Prom. And then one day you wake up and you have this hot wife and eat hundred dollar bills for breakfast, and everyone else in high school is the 36th-round draft pick in Arena Football. You must have rolled pretty big on that Luck stat.
Chicago Bears (NFC North, 2nd seed) 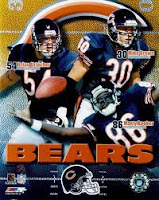 Big, clumsy, yet tested, you excel at what you do--a reasonably accurate representation of your home city. Never mind that you are in an old, aging, industrial town where fans have to ride Scooters to the game. And don't mind that inferiority complex--they only things you have to compete with are the most powerful female media personality in the world and oh yeah the President of the Entire United States of Effing America. Also you have to compete with those pizzas where the crust competes with the amount of congealed grease for total volume. DAMMIT NOW I WANT A PIZZA. That's your horoscope, suckers: more pizza.

You have high standards--A 10-6 record is a failure, and a playoff miss is routinely blamed on Superbowl fatigue--what with you having won so many and all. You release a Superbowl MVP for tweeting about pot, whereas other teams let players put street crimes on their resumes. When your star players get fined for violent hits, it must be because of a vast conspiracy of NFL officials trying to sabotage your success. Now, if only you could apply those high standards to your behavior when you trawl for the skanks that you pour alcohol down the throats of in the back rooms of small-town podunk beer gardens during the off-season.
Atlanta Falcons (NFC South, 1st seed) 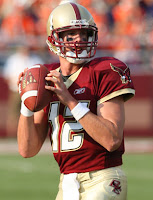 Hard work pays off. After decades of futility, occasionally punctuated by bright spots of easily dashed hopes, you appear to have a lot of the best parts set up to be consistently productive. Even if things don't work out this year, it's been pretty good, and prospects for the future are impressive. The staff appears to have the judgment to repair and replace the things that don't work and to preserve the things that do. Alas, it is important to be humbled and remember that no matter how good the players are or how good your team is--and no matter how good your team will get--the one undeniable fact is that you still live in Georgia.
Baltimore Ravens: (AFC North, 5th seed)

You are an unrepentant asshole.
Posted by Crank Crank Revolution at 8:12 AM