There's some soul-searching amongst the Marine Corps these days. That may seem an odd thing for what is possibly America's personification of straight-laced masculine anti-pussiness, but when your own Secretary of Defense is questioning your entire existence, even the best of us sneak a few moments of contemplation when sitting on the throne. 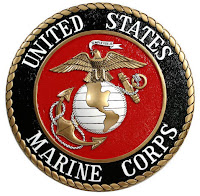 One, Two Three, Four...hey, wait a minute. Where is everyone?
The main problem is that while the Marines do a lot of things, their specialty is still what they were doing in Tripoli and Montezuma: storming beaches. The problem is, is that they aren't doing that so much anymore:


The cuts and delays to the Marine Corps' budget are symbolic of a larger debate about the role of the Marine Corps in future warfare. Many potential adversaries have sophisticated long-range missiles that could strike the Marines in their landing craft long before they reach the shores.

So Gates already has said it's unlikely the Marines will be hitting the beaches like they did at Iwo Jima.

And Thompson says that raises questions about the relevance of the Marines.

"If the Marine Corps is no longer going to do opposed landing on enemy beaches in the face of hostile fire, then its role will be significantly diminished in the future," he says.

When asked what, exactly, the Marines should be doing instead of storming beaches and performing other related land/aquatic exercises, the response wasn't very satisfying--the best they could come up with is (I am paraphrasing here) "A plan flying in the sky isn't particularly terrifying, but when you see a Marine charging at you, there's a psychological element. You can't get that from machines." I'm not buying it, because 1) if I see a passanger plan flying above my hometown, I immediately assume the Russians are finally invading, and 2) If you think about it--like, oh, say, about ten years ago--it turns out planes can actually be fairly terrifying. And, also, 3) what is this, 1720? I mean, sure, fighting desert nomads or ragtag rebels in South America might seem like an ideal situation to use psychology as a weapon, but even the lowliest Taliban dirt farmer has a Wii and The History Channel in DirecTV nowadays.

Their case also basically points to the numerous humanitarian and small-scale outlying missions they have gone on, but that still begs the question: why the Marines? Those things aren't particularly specialized.

Do I think the Marines are going anywhere anytime soon? Absolutely not. With the possible exception of Social Security and ethanol subsidies, the Marines are one of the few venerable American institutions that will never, ever go away. The question is, in what direction will they move? Will they stay the same only get smaller (and more elite)? That's an option and may actually be preferable, using them sparingly but still for their intended, specialized purpose. (And sometimes having less is more.) Or will they simply shift their focus onto something else? I don't know enough about military science to guess what that may be, but I'm certainly interested in finding out.
Posted by Crank Crank Revolution at 6:59 AM