One particular saw I like to drag out and repeat pretentiously when arguing about politics and economics is "You can't repeal the laws of supply and demand." Despite what people want to believe--whether it be health care, the minimum wage, or, heck, terrorism--you can't simply wish away economic precepts. They are much like the laws of physics or math: they can't be ignored just because you don't like the result.

In the past, I've mentioned that the CARD act--which was supposed to clean up how the credit card does business--was a bad law. While it--as with most laws--cleared up some legitimate issues with the industry, it was also heaped on by well-meaning but clearly flawed regulations that would have unintended consequences. So far we've seen higher interest rates to compensate for reasonable and legitimate fees that can no longer be assessed. There will most likely be additional, more subtle problems that arise as time goes on. 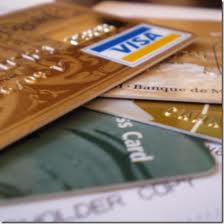 One of the allegations leveled against the credit card companies* is that they preyed on unsuspecting college kids to get trapped in credit card debt. (The fact that they are letting people in college who can't figure out simple compound interest is a telling fact in and of itself, but that is another post for another day.) The government can't straight-up tell the companies to not give credit to college kids--that would be discrimination!  So as a workaround to this, the government now requires that applicants no longer count their household income but their individual, "independent" income. College kids can no longer count mom and dad's income when applying for a credit card.

And wouldn't you know**--that caused the number of college kids that get credit cards to drop significantly. Unfortunately, it also means a large segment of the population--namely stay-at-home wives--to not be able to get them, either, since they don't have an "independent" income. If they want credit, their husbands have to do it for them. Now the law is being branded as a "setback to women's rights." Department stores that cater to married women and housewares are lobbying to get the law changed.  It is a mess with no easy solution without someone's rights being violated--citizens with secure incomes who don't meet the government's arbitrarily defined idea of income versus irresponsible college students who will never learn the consequences of their bad choices by a government that loves to make their choices for them.

The Pledge: The notion of repealing the law and just letting people be responsible for their own actions does not appear to be an option. Everyone who is surprised, raise their hand.

*Please note that I am legally obligated to refer to the industry as the evil credit card companies.
**This information is pulled from Megan McArdle's post at the Atlantic.
Posted by Crank Crank Revolution at 9:57 PM