Well, Civilization V has been out for a few months now. I'm still quite ambivalent about the game--I enjoy it, but there still seems to be something off, even after all this time--but there's a different aspect of the game that seems novel, at least to me, and that is the concept of the "living" game. 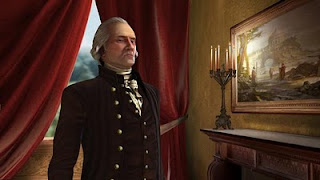 That's funny. I'm thinking things should stay the way they were originally designed. You hear that, Sotomayor?
Most console and PC games are released to the general public. After perhaps a month or so, all of the known glitches and flaws--usually in the form of unintended exploits, hardware issues, or non-critical errors--are fixed by a patch, and possibly additional patches as needed.  Most successful games get add-ons you can purchase after a few months. They're not really sequels, since they usually require the original game to play, but add a significant amount of content (also with a reduced price). Often, patches are required if the original game and the add-on cause unforeseen conflicts.

With Civ 5, however, the model seems to have changed. So far, approximately every two months or so, a new patch is released. But the patch is more than just glitch fixes and corrections--it has added new buildings, changed the social policies, and rearranged entire parts of the technology tree, among other things. (For those unversed in the Civ culture, these are reasonably large changes that normally appear in add-ons.) These are--I should add--free.

Now, a few caveats. Civ 5 does have supplemental programs you can purchase for a small fee--like seven dollars for two new civilizations--so the big changes aren't all free. But it doesn't appear like they are going to release a full-on product; it appears like they are going to slowly release small additions with a modest charge for each, so consumers can pick and choose what they want.

And while the "patches" are free, they may indeed be real game-fixing patches--the new buildings and tweaks to the technology tree are required to seriously balance the game. (I don't think they do, but a case can be made. Also, just to be clear, there are many legitimate fixes to the game; for example, originally multiplayer couldn't be played if any of the participants downloaded anything extra.) Civ 5 also requires Steam, a controversial program that (kind of) requires a steady internet connection to play games that normally don't require the internet. I happen to like the program (they often have awesome deals on older--I mean, "Classic"--games) and don't mind the occasional ads--and it's also not required, but it's hard to maneuver without it. In addition, the fact that transaction costs for new content is practically zero--especially when compared to the packaging and distribution required for the games you go to the store for--opens up a whole new possibility of "living" games.

Of course, on the reverse side of this--and detractors to the game feel this is the case--is that the creators basically released an unfinished game. There's some merit to this, since even I could tell on the first play that certain things weren't designed quite right. In the board game world, "living rules" can be used as both a feature and a pejorative, depending on whether players decide it makes the game better or it just shows that the designer isn't very good. The same translates over to the video game world as well.

I still feel like there should be a Civ-killer out there somewhere. Not that the Sid Meier franchise isn't a good product--it clearly is, even with its Civ 5 detractors--but I think with a little decent competition would make the genre as a whole a lot better. Civ still clings to quite a few old, musty conventions that need to be overhauled (such as immigration, trade, diplomacy, and tile-based workers) to remain fresh. (The way Civ handles all of these concepts isn't bad, of course, it's just absolutely nothing really new has come out in five series.) Perhaps Stardock of Galactic Civilization fame seems to be the one last strategy game developer in a dying PC gaming market, so perhaps someday we'll see that.
Posted by Crank Crank Revolution at 2:35 PM