Editor's Note: This is a new blog experiment where various people have sent me random words, and I will try and write a halfway coherent blog about it each day this week. Today's word is: Spicy Waffle.

I generally enjoy spicy foods. This hasn't always been the case. Growing up I liked spicy foods but wouldn't crave them. Sometime after college, though, I acquired a taste for the kick and routinely downed jars of jalepenos blissfully unaware of the fate that would visit me about four to six hours later. Even now, I'll pretty much eat anything as long as there is jalepenos or the equivalent involved. 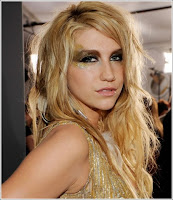 That said, any attempt to "infuse" an item with jalapenos generally meets with failure in my book. Unless you are a creative master such as my wife, don't try anything extraordinarily clever or you're just going to screw it up. instead of finely chopping up jalapenos into dust and mixing it with the ground beef-like textured meat product, just throw some damn slices on top of it. The more ingenious you think you're being, the worse your criminal fast-food recipe becomes. 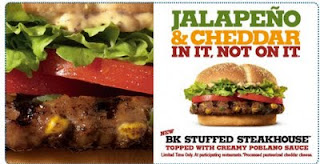 Why is this not a war crime? I call for regicide!
Of course, buffalo sauce is a bit different. Generally speaking, you can slather this on anything and everything will be A-OK. This includes, but is not limited to, popcorn, vegetables, hot dogs, chicken wings, turkey sandwiches, Kit Kats, mashed potatoes, horsemeat, and The Corrections by Jonathan Franzen.

To the other point, I am lukewarm on the concept of waffles and pancakes. For those who believe that waffles and pancakes are somehow fundamentally different, rest assured that you are a moron. Even if you don't somehow take something as nominally healthy as a waffle and completely destroy it by loading it up with ice cream, strawberries, and whipped cream, there's only so much batter one can take. Pancakes and waffles are good, but once I have them, I'm pretty much good for the year. See you next spring!

This all ties back to our word of the day: Spicy Waffle. I am unaware of any such monstrosity. However, I will state for the record I am willing to give it a try. Just ask me right afterwards what my honest opinion of it was, and not four to six hours later. Just...trust me on this.
Posted by Crank Crank Revolution at 8:13 PM