Have you ever wanted to have that full Thanksgiving meal with all the trimmings feel, but without all of the cooking, cleaning, and planning involved? Well, worry no more, because you can now buy Thanksgiving-flavored bubble gum! 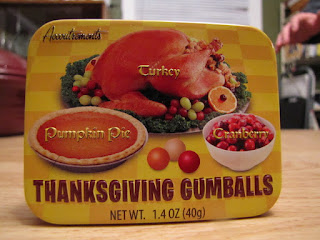 You can see my hand in the background impatiently reaching for the tin because they are that good. Or, I'm a zombie.
Produced by Accoutrement, it promises three mouth-watering flavors: turkey, pumpkin pie, and cranberry sauce. 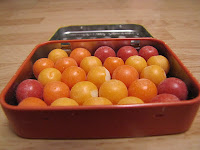 This is like a cornucopia of amazingness. A literal cornucopia.
If you've made it this far, I would like to point out that this is not a joke--this is a full-on real product, that I purchased with my hard-earned money and taste-tested for my reader's benefit. If you are so inclined you may purchase this item as well (it seems to retail at around $4.00 per tin, which is approximately 20 gumballs. The retailer I purchased it from does not appear to carry it anymore, but a quick search found plenty of people pushing it, so it shouldn't be difficult to find.)

The gumballs come in three different colors. Cranberry's easy to see, but for those of more skittish constitutions it is worth noting that the off-orange color for both pumpkin pie and turkey are alarmingly similar. 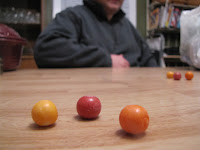 Oh, sweet  sweet temptress.
First off, the cranberry: It's pretty good. It kind of has a generic "berry" flavor, like when you rashly pick up the fruity gum at the checkout counter when you think it's somehow going to be healthier than Super Sugar Crystal Bubble Gum. But it will pass for cranberry, and it's not bad.

The pumpkin pie gum is...less good. But not bad. Basically, it tastes like the fake pumpkin spice flavoring they throw in everything from coffee to cupcakes to broasted chicken from about October 1st until St. Patrick's Day. Still, that fake pumpkin flavoring isn't bad, so while not the best of the bunch it's still pretty good.

Now, the turkey. Let me first off state that if you are expecting anything besides gum that tastes like processed meat, you are going to be sorely disappointed. Thankfully, this gum does not disappoint. 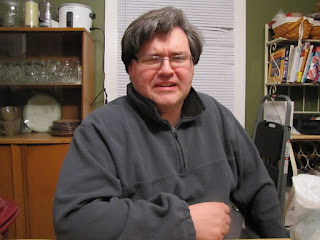 Yeah, it's like that.
Remarkably, I was able to convince a test lab of volunteers (i.e., co-workers) to taste the turkey gum, and what they thought it actually tasted like had a rather wide range:
My wife, alas, could not make it past two seconds, and so her results were inconclusive.

As a novelty, it's pretty darn successful: nearly everyone who was offered this gum was willing to give it a try. Those who stuck it out said it ended up not tasting that bad; it's just the shock of chewing on something that tastes like meat immediately turns people off.

As an actual candy, don't expect it to replace your Teaberry anytime soon. They still sell Teaberry, right?
Posted by Crank Crank Revolution at 9:00 AM