I like to think that I am good with words. Given the examples I encounter on a daily basis for my work and my life in general, I can guarantee with no sense of pride or elitism that I land in the top 1% percentile. I sometimes have to convince myself that our educational system is made primarily up of teachers teaching kids to randomly smush letters together until a group of monkeys with typewriters give the thumbs up, because I have walked through the depths of hell and back: I have seen the sentence that has gone nowhere, and I have seen the co-worker who wrote it livid beyond imagination that I wasn't able to decipher the Da Vinci Code of work-related responsibility I was supposed to divine from his scarcely functioning literacy level.

Of course, some of this can be forgiven. Everyone makes mistakes--myself included--but I find it endlessly irritating that there are people out there who have managed to secure an actual, living career out of writing, and are subsequently paid reasonably large sums of money specifically for the purpose of spelling things correctly. And yet they often manage to find a way to botch the job because they quite frankly don't know what they are doing.

A few weeks ago, this popped up in a local newspaper. It's more amusing and more of a graphic design flaw than a chalkboard-scratching incident of mangled English, but it does reinforce the need that regardless of how creative your graphic designer is, it's always a good idea to get another set of eyeballs on their work before you send it to the printer: 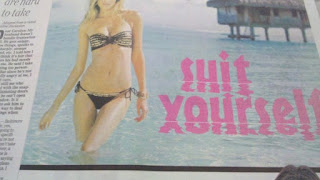 Fast forward to yesterday, in which two major corporations manage to embarrass themselves in spectacularly awesome fashion. First was Groupon, a company that used to be awesome when they sent me offers for tasty restaurants and tickets to local attractions but now sends me a bunch of useless shit about hair extensions and dance lessons. I still get their emails on the off chance that I can get some extra Team Fortress 2 hats, because that would be sweet and, hey, emails are free. Anyway, they sent this to me today. Maybe they should look into securing some twofers on health education classes.

Clearly, this was a lazy cut-and-paste job from Mother's Day. I would like to point out that Groupon's valuation is roughly $12 billion, approximately zero of which was used to pay an unemployed English major to spend more than three seconds looking at an email that's being sent out to millions of people.

And finally, of course, the Mitt Romney campaign had someone they paid millions of dollars to tell them that social media is important, yo, so they should have someone develop an application that people can easily download to show their support. Up until now the Romney campaign has been content with people showing their support by leaving large unmarked burlap sacks of cash behind the dumpster at their headquarters, but Mitt figured it couldn't hurt. Except that it did. 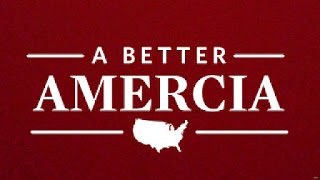 For the Groupons, media outlets, and presidential campaigns out there, I would just like to point out that I am more than willing to have you pay me money to make sure you're not missing the blatantly obvious and embarrass yourself to the entire nation. I'm just putting it out there.
Posted by Crank Crank Revolution at 9:00 AM