Pop Rocks have been around forever. It's the quintessential creepy adolescent I-triple-dog-dare-you candy, the sort of think you buy at cheap candy stores and ingest in small pours down your throat on the way home from school that you are taking twice as long to do as it should take so you can screw around with your friends, swilling gulps of Mountain Dew and kicking rocks with that disheveled kid down the block everyone knows has an alcoholic dad and hasn't bought him new clothes since elementary school. That sort of candy. 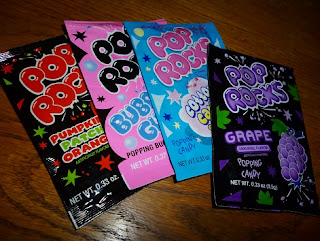 Well, the Pop Rocks people haven't changed much since those years, and for good reason: it's a formula that works and has the added benefit of being pretty awesome to boot.

Pop Rocks, for those who weren't born in 1972, are a crystal-like candy (provided in easily pourable form) infused with harmless carbon dioxide, causing a popping sensation in your mouth when released. So while it's already just a bunch of flavored sugar crystals--already a known steady hit with kids--the extra sensory bonus of having your mouth fizz adds to the "toy" factor. (There's also the even more added extra bonus of being perpetuated by an old urban myth about ingesting Pop Rocks and then drinking pop causing your stomach to explode--a myth, no doubt, that has caused many childhood memories to be scarred and plenty of market share gained.)

Anyway. Times have changed; the market is flooded with cheap Turkish knock-offs (no, really)and kids are more interested in crystal meth than some stupid candy that does the same thing as soda pop. Which is a shame, because Pop Rocks are pretty awesome. So if you haven't been to the candy store in a while, here's a review of some of the newer flavors. As per the picture above, we have grape, cotton candy, bubble gum, and pumpkin patch orange.

Grape: Ok, this one really isn't new; it tastes like grape. It's good, but it acted more as a palate cleanser for me.
Cotton Candy: Cotton Candy has a quick drop-off for me as far as a flavor goes. it's good, but a little bit goes a long way, As such, this little packet of Pop Rocks was just the right amount. It tasted sufficiently like cotton candy, and actually had the odd effect of tasting like I was drinking Cotton Candy Pop.
Bubble Gum: This isn't just bubble-gum flavored candy; this is actual bubble gum. As in, once all the carbon is released and normally the pop rocks would dissolve into sugary bliss, it instead becomes bubble gum that you can chew. It's...OK; the gum loses its flavor pretty fast, but for what you're getting it's actually pretty good.
Pumpkin Patch Orange: You would think that a Pop Rock flavor called "Pumpkin Patch Orange" would be flavored pumpkin, right? Nope--orange. In fact, I'm not quite sure why they called it Pumpkin Patch Orange, because it's actually both orange and green (but still just tastes orange). So this was a little bit of a disappointment; I was expecting to have some experimental flavor that was probably going to be gross, but ended up just being orange. Not bad, in the end, but it's a blatant way to cash in on fall flavors.

Pop Rocks are pretty cheap; a packet just has a handful of crystals, which is probably just enough. (After tasting all four of these in one sitting, I'm good for a while. Also, I didn't sleep for two days.) Sadly, you won't find these in too many places anywhere, but dollar stores often have them for cheap. Not much has changed, but if you haven't thought about Pop Rocks for a while it's worth picking some up, even if it's just for nostalgia's sake.


The most important thing about this review, however, is this: If you didn't click on the link above, this is what you are greeted with when you go to a foreign web site that sells pop rocks: 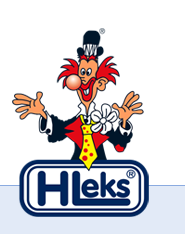 If that guy ain't on the Do Not Fly list, our government has failed us.
Posted by Crank Crank Revolution at 9:00 AM