After seeing this post about owning a private island (on the cheap, no less!--although it assumes you want to live in Nova Scotia and/or like living in a fetid swamp), I got to thinking...what would I have on my own island? 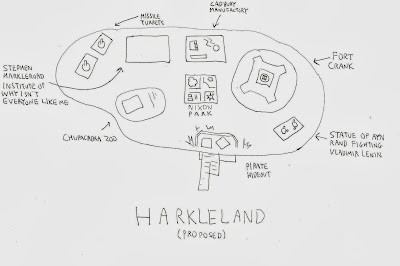 Update: My friend Louie, inspired by my Rand vs. Lenin statue proposal, submitted to me this artistic representation. Caution: there is a bit of nudity, but it's classy, objectivist nudity: 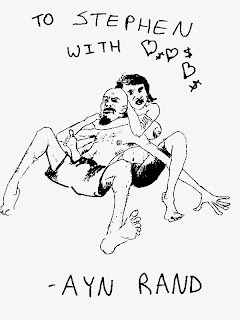