Here's a bunch of photographs that I've taken over the past few months: 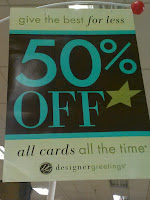 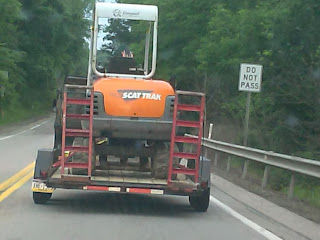 Aw yeah, who wants to go on a ride on the Skat Trak 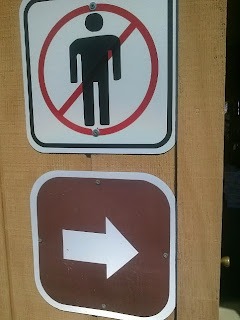 I was at a local fair, and this was on the bathroom. No a "Women's Restroom," but a "Not The Man's Restroom." It was right next to: 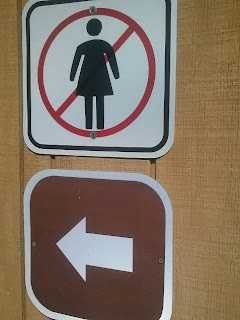 So either someone in procurement screwed up/was a thousand years old and didn't know what they picked up (likely) or they honestly mean that no one can ever use the bathroom, ever. Actually, on second thought, that one might also be likely. 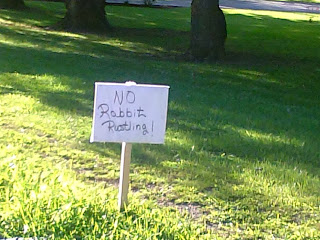 I don't know what it means, but I promise not to. 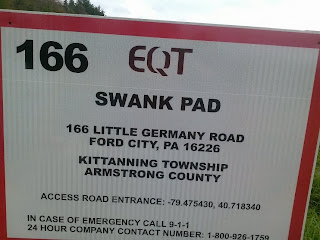 Aw yeah, it might just look like a natural has drilling site, but the Swank Pad is where I take my honeys on my Skat Trak. 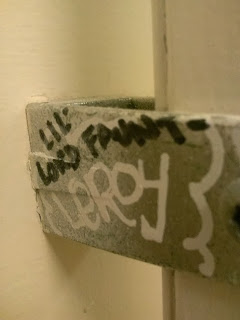 This is the sort of graffiti-on-graffiti action you see at a book store.