The Genius Of Nero Wolfe

Nero Wolfe is the creation of Rex Stout, a writer of mystery novels. By far his most popular character, he wrote over 50 books over the course of several decades, starting in 1934 and stretching through the mid-70s. He's attached to many different types of media, most recently an A&E series starring Timothy Hutton and the near-perfect Maury Chaykin. There was also a well-regarded CBC radio series. That said, the Nero Wolfe franchise has largely disappeared from the cultural consciousness, although the books are often very popular in the out-of-print marketplace. 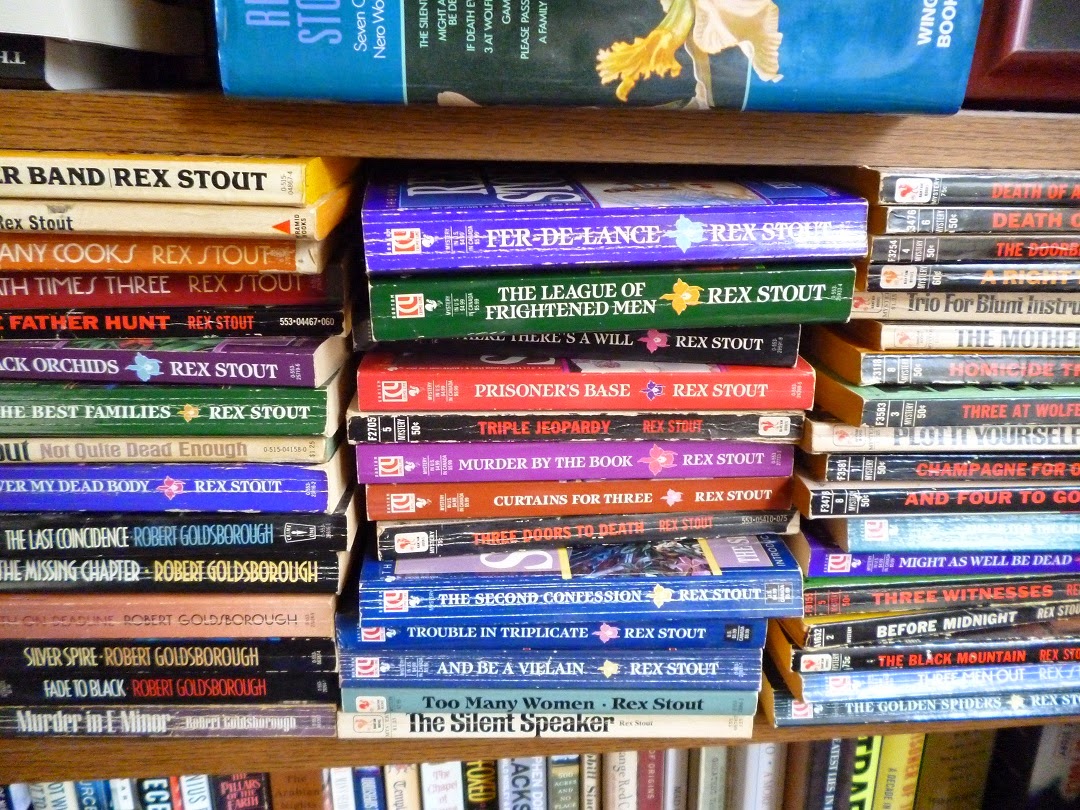 Stout himself is a fairly impressive character, having made a small fortune in finance before retiring in his 40s to start writing novels. (If you are doing the math on this, yes, he was in his 40s when he wrote the first book Fer-de-Lance in 1934 and was still writing them in the 1970s.) He was briefly tagged as a communist (he unknowingly became the editor for a communist-front magazine, resigning as soon as he found out) and was active in anti-nuclear protests; that said, some of his other opinions were more conservative. Most importantly, very little of this seeped into the writing itself, with just a few broad generations and some clever subtlety.

Of course, the character of Nero Wolfe is the most fascinating of all. Like most private detectives, he's an insufferable genius, albeit a totally self-aware one. And what makes him unique is his eccentricities. He's a huge man (a seventh of a ton!) who refuses to leave his brownstone apartment under any circumstances. (Well, some exceptions must be made, of course.) He loves gourmet food and employs a cook (the ever-suffering and quite proud Swiss cook Fritz) and he is formal in dress, dialogue, and sensibilities. (That said, he's extraordinarily blunt to the point of deconstructing the entire niceties of psychology.) He's disdainful of women (although he certainly respects them). He also has a greenhouse on the top floor of this apartment filled with orchids, with which he tends to them four hours a day (with another employee, the rarely-heard Horstmann). Thus, he leaves hiss office from 9 to 11 and 4 to 6 every day, regardless of who is in the room--clients, cops, or friends--including poor Inspector Cramer, ever the sufferer of Wolfe's personality quirks.

That's not to say the sidekick (and the first person narrator writing the stories) isn't fascinating as well. Archie Goodwin--the eyes, ears, feet, and everything else of Nero Wolfe--is pretty remarkable in his own right, and since he's writing the accounts we sometimes get some additional insight into his personality. Like most good pairings Archie Goodwin was everything Nero Wolfe was not--full of action, good with men and women, but lacked Wolfe's authority and gravitas. (One gets the feeling that Goodwin is just as much a genius as Wolfe is, though Wolfe often withholds facts or thoughts from Goodwin to keep him acting impartial. Or to be an ass.) Goodwin is also a lot rougher around the edges and, at least in the early books, has no problem throwing about some unfortunate language concerning ethnicity. (To be fair, this was 1920's New York, and Stout made a point of Wolfe calling him out on it frequently. But we'll get into that later.)

The mysteries were usually resolved in the same manner: Wolfe would have either Goodwin or Inspector Cramer gather a group of suspects in his apartment, and he would go over the explanation of how he acquired the evidence, his reasoning, and then proof of the murder. (It was almost always murder, although cases may have started out with other crimes, like blackmail or theft.) Usually he would work with the police (letting the police do what they are good at best) while also antagonizing them (by withholding evidence until he collected his fee; Cramer let him get away with it because he knew that having Wolfe on his side was better than not.)

The series isn't perfect. Some of the leaps of logic were pretty weak, and there seemed to be an unrealistic interaction between the cops and Wolfe. (It made a little more sense given the time frame and the personalities of both Wolfe and Cramer, but sometimes it was stretched to incredulity.) Sometimes the writing is a little flaky, with Wolfe simply refusing to divulge information to Goodwin simply because doing so would ruin the mystery (Goodwin being the narrator, after all) when it would make zero sense for him to withhold it. And I won't lie--while the names of the earlier stories were solid and understated ("Some Buried Caesar," "The Silent Speaker") some of the later ones were horrifyingly pulpy even by mystery standards ("Please Pass The Guilt," "If Death Ever Slept"). Still, these are minor issues, and certainly nothing that other writers of the era didn't do a lot worse.

One of the more fascinating things is the fact that--unlike some of the more tired mystery writers of that era--while the characters have a routine and all of their quirks are known and displayed, there's a remarkable level of self-awareness involved. Plus, Stout was keen on subverting these quirks often; some of the best stories involve taking Wolfe out of his element and forcing him to act like a normal person. His genius goes into overdrive as he just wants to get back to the comforts of his office and his orchids as soon as possible.

Now that that is out of the way--about ten years ago or so I tried to collect and read as many Nero Wolfe books as I could. There's over fifty of them, so it was no easy task; and, even though the series had been printed for over half a century, few print runs would include each book. (In addition, about a quarter of the "books" are three short stories lumped together, so it wasn't unusual to find even these stories split up and included in compilations. Since print runs weren't done in order of publishing, and most editions stopped after a while, there was a glorious mess of print runs that made finding all of the novels a challenge. I raided used book stores for years trying to build up the collection (I tried to avoid "cheating" by going on eBay). I managed to get all but a few, and these were harder-to-find books that slipped through the cracks and didn't get included in many of the print runs.

Finally, about a month or so ago, I decided to bite the bullet, drag my box out of the attic, and find out what books I needed and go ahead and buy them. To my surprise, I ended up having all but one--The League of Frightened Men--and the only reason is that I thought I had it but it turns out I had an abridged Reader's Digest version and not the full story. So I bought that copy and decided to start from the beginning. Enough time has passed that even the stories I did read ten years ago will be new enough for me.

And, so, I introduce the Nero Wolfe Project: I'm going to post a short review of the books as I read them. I'm not going to do them each individually (there's fifty of them!) so I'll probably do five at a time or so. Thankfully, this will take a while, so for those uninterested you'll only have to put up with it sporadically.