Board Game Review: Betrayal At House On The Hill

Mummies creeping out of closets? Lurking horrors stumbling down the creaky hallways? Vampires emerging from the shadows? If you're looking for a reliving of every schlocky B-grade horror flick you've ever seen, you need to check out Betrayal At House On The Hill. 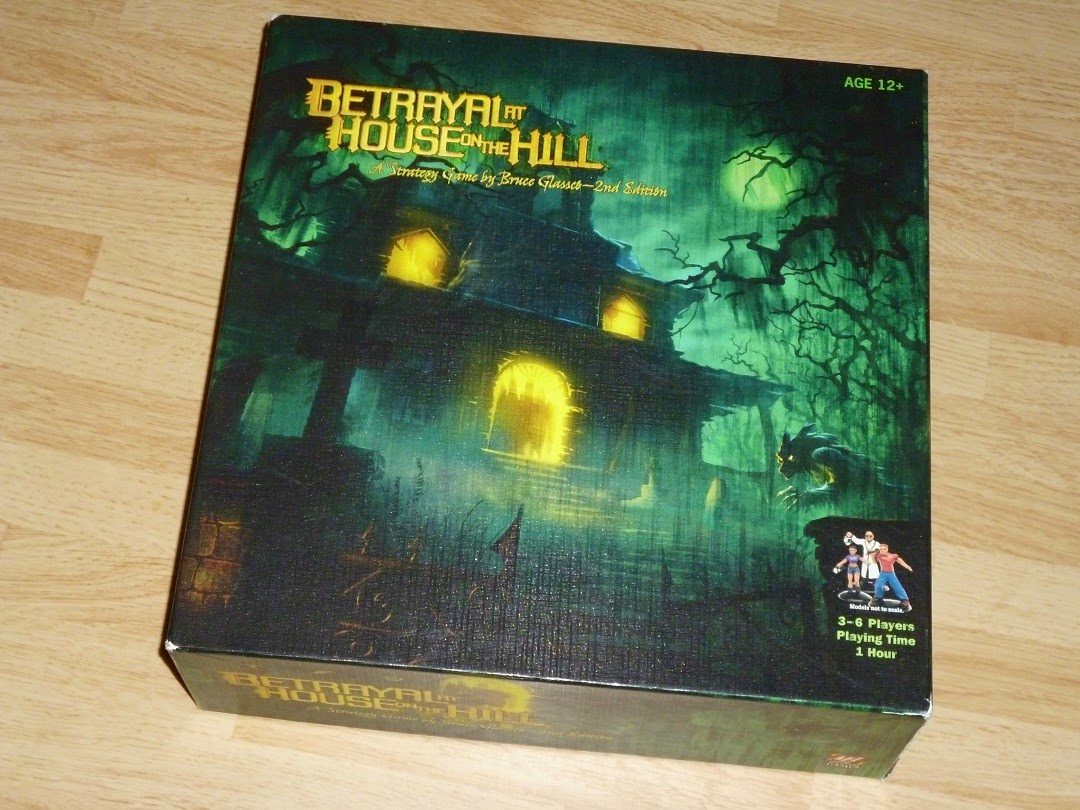 In Betrayal, players are exploring a haunted mansion. Players take on the persona of a stereotypical horror film victim--a creepy old priest, a precocious child, a mesmerizing dame, and so on. Each has a simple set of stats--Might, Speed, Knowledge, and Sanity. 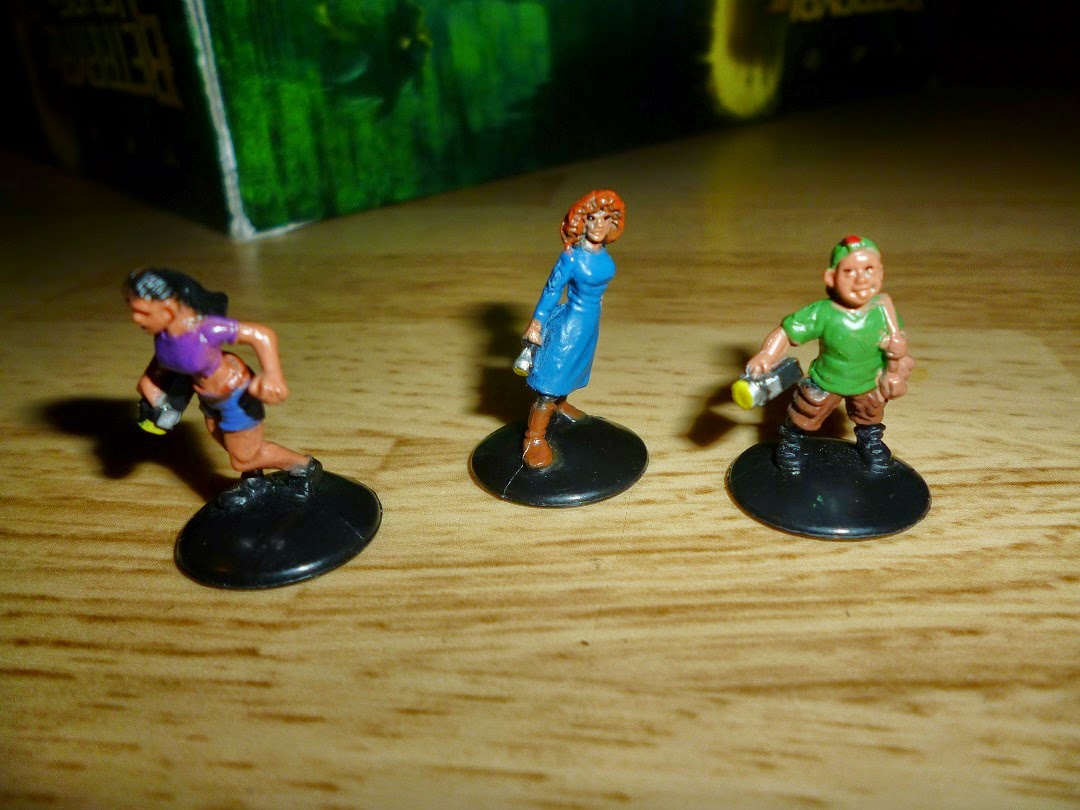 At first, the game is somewhat cooperative: players are basically exploring the mansion, finding hidden rooms and creepy dens and gross laboratories. Most rooms will trigger an Event (something weird happens with an immediate effect); an Item (a strange object that will help you in some way) or an Omen (something daunting that may be good or bad or just weird.) Other rooms grant some sort of bonus, or require a die roll to escape, or something to that effect. Character stats fluctuate based on different things. And so on. The board is modular, so the game will look different each time you play. There is an upstairs floor, the ground floor, and the basement. 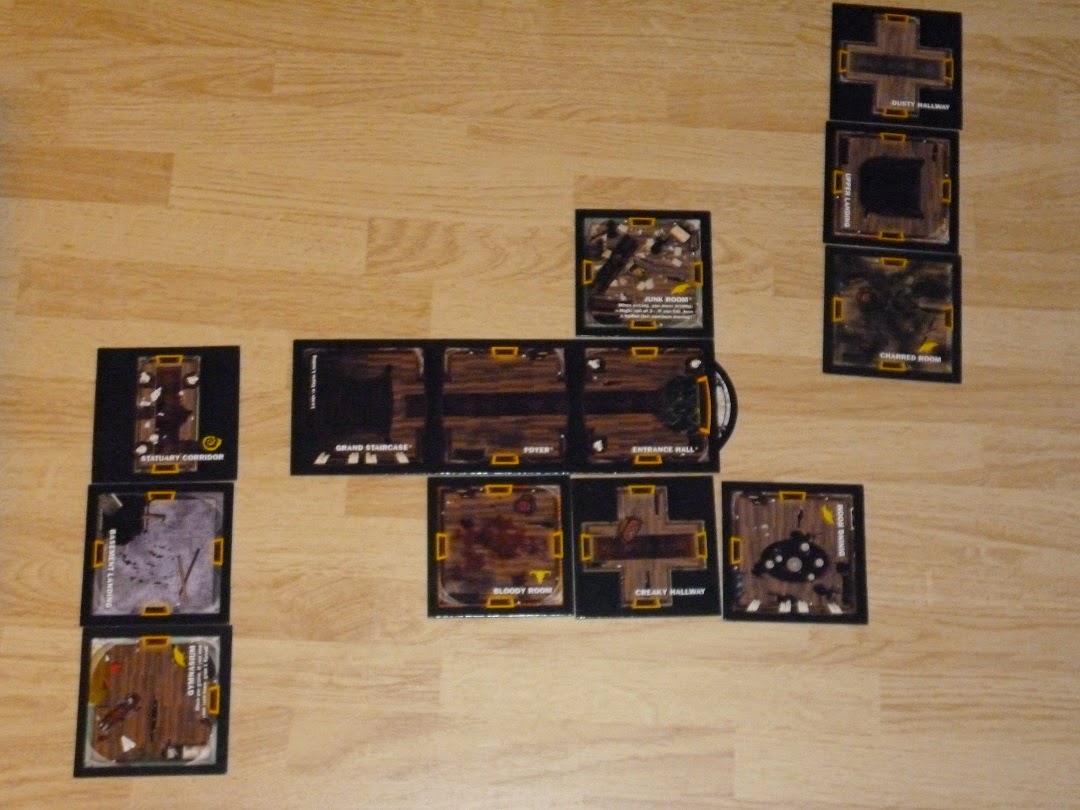 There's a small set of rules that cover things like attacks, and stealing items, and movement restrictions once the traitor is determined.

Any time an Omen is triggered, the player who triggered it rolls some dice; if the result is equal to or less than the number of Omens that have occurred, the haunt begins.

When the Haunt starts, the game shifts in tone. One of the players is now the traitor and they turn against the other players. Exactly how this plays out changes from game to game; there are over 40 haunts listed in the manuals. One time, it might be a vampire who has to turn all the other players into vampires, while the other players have to survive until dawn. Or maybe it's a tentacle that has overtaken the house, and must pull its victims to its arms to kill them. The rules change drastically from game to game, so it's literally an entirely new game once the haunt starts. The non-treacherous players, of course, have to use whatever Items, Omens, and other resources they've been accumulating the first half of the game to defeat the traitor. 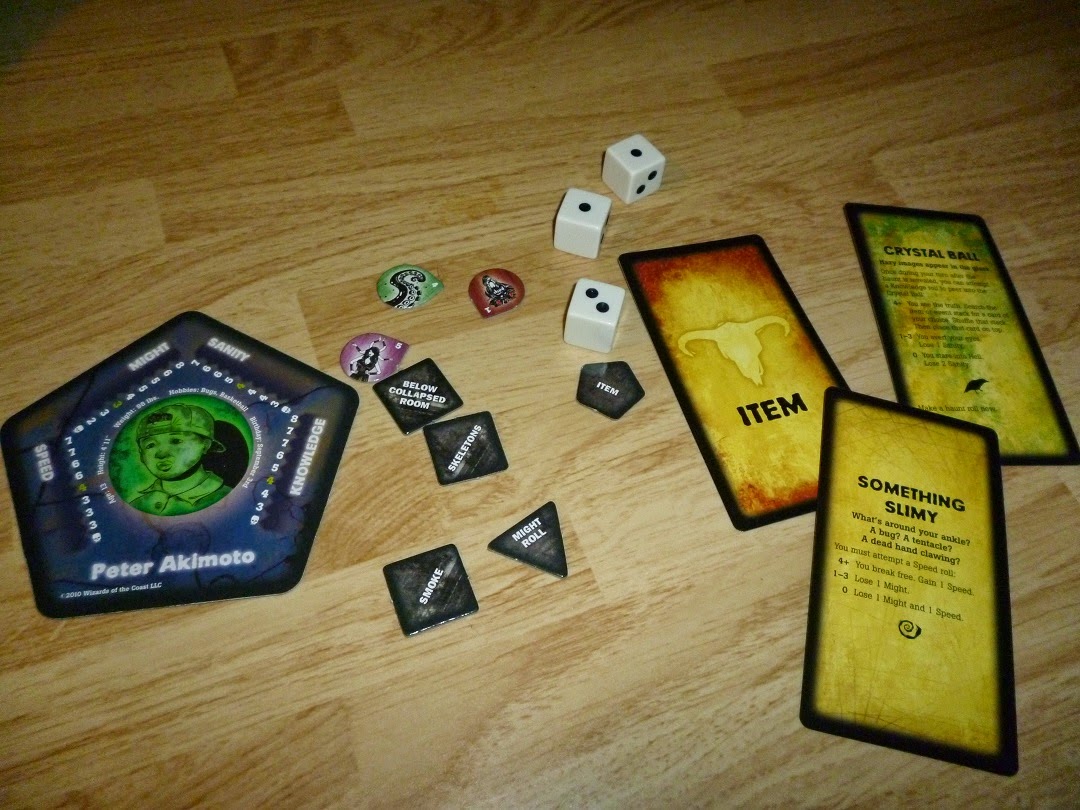 The thing is, neither side knows what the goal of the other side is. The game comes with both a survival guide (for the heroes) and a Traitor's Tome for the traitor. Each side takes their respective booklet and reads up on what their side needs to accomplish, what restrictions they have, and what special abilities they now acquire. They may or may not tell the other side, depending on the scenario.

Because the second half of the game is so different, the goal is different each game as well. It may end after a certain number of turns, or it may not end until someone kills all the other players. Or whatever.

Betrayal isn't just playing a board game--this is definitely an experience game.Strip away all the wonky rules and die rolls, and you can really feel a story being told. Every single game I've played of this has been a memorable experience, so much so that I immediately wanted to play again. As I mentioned, the sort of gamers who need to win within specifically delineated rules aren't going to have much fun with this. But if you're a fan of horror movies and can paper over some rough patches, Betrayal At House On The Hill is a fantastic game. I'd grade it a B- as an actual board game, but a clear A as an "experience."
Posted by Crank Crank Revolution at 9:00 AM