Today’s post comes from J.J. Hensley of Hensley Books and is part of a special day of shenanigans from other Pittsburgh Bloggers. You can see my post over on amandanarcisi.com, where I posit what the new Indiana Jones movie would look like if it were shot in Pittsburgh. There's a list of everyone participating in today's event at the bottom of this post.

In the 1990s, I was a moderate with conservative leanings.  At least that’s how I classified myself since my opinions were somewhat liberal toward social programs, but may have been classified as conservative in matters of national defense and law and order.  I prided myself on being a moderate.  I didn’t feel like I could be accused of attaching myself to a specific party platform or supporting a specific candidate due to party affiliations.  In fact, while I considered myself to have conservative leanings, I was a registered democrat.  TAKE THAT, political establishment.

Over a twenty-year period, I voted for GOP candidates as well as some with the Democratic party.  I even voted for Ralph Nader once.  Boom!  Liberal some days, conservative on others, moderate by choice.  That was me and my views haven’t changed drastically since those days when grunge music was hitting the airwaves and hair band guitarists went looking for the closest pair of scissors.

With a few exceptions, my core values and beliefs are pretty much the same.  I strongly support my former vocation, law enforcement, but believe in improved training, pay, sensitivity training, and the need for increased professionalism.  I support gay marriage.  I believe religious extremists, not all believers in any particular religion, need to be dealt with forcefully and decisively.  I believe in gun control, but not gun abolition.  I don’t care if someone smokes weed, as long as they don’t get behind the wheel of a car.  I’m pro-life, but not pro-abortion.  I’m against capital punishment, but only because the system is highly flawed, biased, and it does not have a deterrent effect because, to be effective, punishment has to be swift, certain, and severe.

Two decades ago, these beliefs put me squarely in the moderate category.  Today, I’m a liberal.  And that is an extremely scary thing for all of us.

How has this happened?  How has the U.S. political landscape shifted so drastically, that 1990s moderate—as well as some conservative—beliefs are now liberal?  While I’ve voted for some GOP candidates in the past, I wouldn’t use a ten-foot pole to reach into a voting machine and cast a ballot for any of the latest batch of GOP Presidential candidates.

This is the frightening reality our two-party system is currently facing.  The current GOP has adopted its own brand of corporate sponsored extremism and the democratic party is struggling to keep up with the sound bites produced by those who get headlines by trumpeting the outlandish.  In today’s media environment, ideas and discourse cannot compete with the ratings gained by constantly talking about Presidential candidates who openly insult each other and disparage women, minorities, and the handicapped.

So like many others, I’m now considered a liberal with moderate leanings.  We stood firm, yet the sun moved around behind us, casting a shadow in an unfamiliar direction.  That’s fine.  The sun was blinding us anyway.

J.J. Hensley is the author of RESOLVE, which is set against the backdrop of the Pittsburgh Marathon, Measure Twice, Chalk’s Outline, and other works. Hensley is a former police officer and former Special Agent with the U.S. Secret Service. 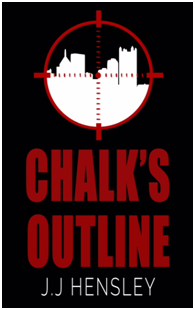 Cyprus Keller wants a future.
Jackson Channing has a past.
Robert Chalk has a rifle and a mission.  Kill Cyprus Keller and anyone who gets in his way.


An addict is killing Pittsburgh city officials, but Homicide Detective Jackson Channing has his own addiction. 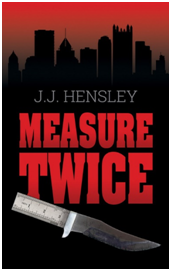 
In the Pittsburgh Marathon, more than 18,000 people will participate. 4,500 people will attempt to cover the full 26.2 miles. Over 200 of the participants will quit, realizing it just wasn’t their day. More than 100 will get injured and require medical treatment. One man is going to be murdered.  When Dr. Cyprus Keller lines up to start the race, he knows a man is going to die for one simple reason. He’s going to kill him. 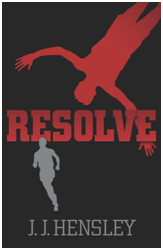 
Named one of the BEST BOOKS of 2013 by Suspense Magazine!


Top Ten Books of the Year – Authors on the Air 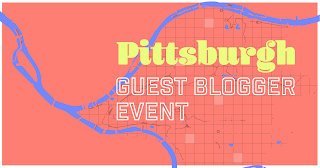