The recently released Netflix series, Stranger Things, is available now for those who have the service. It's a sci-fi/horror series that borrows greatly from the movies of that type from the 80s while also weaving an elaborate and fascinating tale. 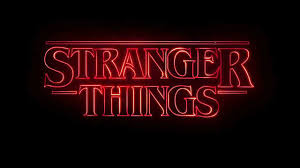 The series, set in Indiana in the early 1980's, involves the disappearance of a child, Will, in a small town. It focuses on several groups: mainly, it deals with the group of the Will's friends and their quest to find out where he went. In addition, it deals with Will's mom Joyce and Sheriff Jim Hopper (played by Winona Ryder, the only name in the cast, and David Harbour, who you probably recognize, respectively) and Will's older brother, Jonathan, and his relationship with Nancy. And finally add in the existence of Eleven, a mysterious child who seemingly has special powers. Each have their own unique methods to find Will, but more importantly in the age before cell phones they all act independently (and largely unknowingly) of each other as they uncover different bits of evidence and unravel the mystery.

It's hard to go too far into the plot without spoiling a lot of it, but suffice it to say there's an entity in the small town of Hawkins, and the local office of the Department of Energy probably has a lot to do with it. As encounters with the entity get more frequent and dangerous, the stakes get higher as it becomes increasingly clear how much trouble Will is truly in.

Stranger Things is one of the most iconic series I have watched in a long time. It manages to be a remarkably solid homage to the 80s while not making a big deal about it--if it weren't for the wood paneling and the lack of helicopter parenting it would hardly be noticeable. One can almost telegraph the tropes--the reluctant authority figure who eventually finds the truth; the two-grades-higher bullies who pick on the kids; the hysterical mom who knows the truth but no one will listen to her; and yet it never comes across as trite. Even the more overt nods to 80s films (Eleven is basically E.T.) don't come across as such until you think about it well after viewing.

Of special mention should be the core cast of kids. Child actors tend to...well, not be good, but these kids are good. Noticeably, remarkably good. It's hard to have kids carry a movie, but these actors knocked it out of the park. But that's not to trivialize the rest of the cast--everyone does a standout job. Harbour in particular impressed me, but Charlie Heaton (the older brother Jonathan) managed as well.

In addition, there's a lot of mystery after it has been "solved." Not everything has an answer, and things aren't tied up in a tidy little bow; in fact, some of the so-called tropes I mention above get explicitly and satisfyingly averted in the resolution.

For the most part, don't let the 80s vibe turn you off. While the music, effects, and setting evoke a very specific time period and genre, you'll hardly notice it. This is a show infused with a certain kind of nostalgia that most definitely doesn't use it as its main driving force, even if it is something that legitimately sets it apart. Even if you're not a huge fan of sci fi or horror it's worth a shot--I would explicitly call it an adventure mystery with occasional sci fi moments.

I've been trying to scrape together something bad about the series, and I can't really say that I can. There's a few weird plot points and character act uncharacteristically dumb at times, but it's relatively minor and hardly worse than nearly anything else out there.

At a thin eight episodes, it doesn't drag on too long, although I'd have been perfectly fine watching an extra few episodes just because the writing is that good. In any case, it's a short investment in time and totally worth it.
Posted by Crank Crank Revolution at 9:00 AM