What I Did On My Summer Vacation

It's been a while.

I've detailed my reasons why I haven't written in a long time before, and sadly some of those still hold true. My goal in 2018 is to at least write a little, but I doubt very much it will at the same frequency as before. We'll see. I'm still a little gun shy about writing about certain topics, and that used to make up a bulk of my content, so it can get a little frustrating navigating my efforts.

Anyway, I figured an update was in order with everything that happened in 2017.

We bought a new house. I've been driving a long way to work, and my wife got a new job, and so at the beginning of the year we decided to move to be closer to both of our jobs. Not very far--we only moved about a half hour away--but it's a nice little house that fits our needs. The flip side of that was that we sold the old house, which was not as fantastic, but it got done and it all worked out. Kids, moving sucks. But in the end it was worth my sanity.

We drove to California. From Pennsylvania. For two weeks we traveled this nation, looking at all the fruited mountains and purple roadside kitsch majesty. We tried to hit (and geocache) in every state we traveled through, and we ended up hitting fifteen new states we hadn't seen before. Short version: New Mexico was beautiful. Kansas is a dump. California is a little weird. The Grand Canyon is pretty big, but the Garden of the Gods was more impressive to me. I was shocked at 1) how cheap the Midwest is; 2) how completely empty most of our nation is, and 3) how weird it is that most bigger cities are simultaneously exactly the same and completely different. 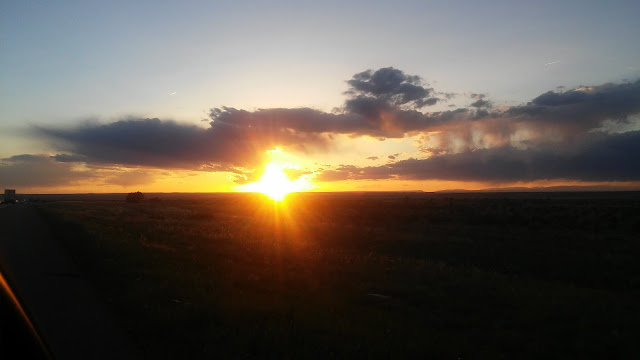 I started playing D&D 5e. I've always been more of a board gamer than a role playing gamer. I've played a smattering of RPGs in my day, but the last time I did was in college, which was (mumble mumble) years ago. But this year I had the opportunity to dive headlong first into the newest (well, newish) version of Dungeons and Dragons. With the help of a great DM and a great group of people, I've found it to be amazingly fun and productive, and one of the reasons I've been more creative lately. And I've met a lot of new friends in the process.


We went to Candlenights. This may not mean much to most of you, but this was a fantastic show. If you haven't listened to a little podcast called My Brother, My Brother, and Me you should get on that right now. I get that it may not be everyone's brand of humor, but it's good enough that I recommend giving a few episodes a try. In any case, they hold a (usually) annual Candlenights show--Candlenights being their placeholder for Christmas (it makes sense in context)--in Huntington, WV. That's not too far, and also in the middle of West Virginia so it's super cheap, and so we decided to go, and it was a blast. It's a bit hard to describe but it was hilarious with a lot of good people doing good things, which this what 2017 desperately needed.

I made a sweet Out Of This World reference on Twitter last May that no one got. It is my life's greatest regret.
Posted by Crank Crank Revolution at 10:47 AM